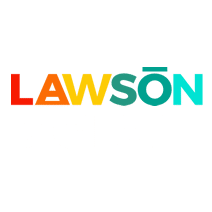 Summary: You’ll need to go into a zen-like trance and think only happy thoughts before dealing with Windows 8 issues. Good luck!

Windows 8 is just SO frustrating. I’ve wasted hours trawling the net for fixes that shouldn’t occur in the first place, or at least be intuitive enough to repair. Sadly this is not the case with Windows 8 issues. And there are loads of them…
Today’s problem involved launching Chrome in Windows 8 mode. The bottom and right side was cut off and I wasn’t able to get to Chrome settings using the usual keyboard shortcuts (Alt+F or Alt+E or F10). I use a Dell XPS Ultrabook with Dell U2410 second screen.
What I want is to always launch Chrome in desktop mode (because it gives me better control options) and never in Windows 8 mode.
Here’s how to do it:
1. Open Notepad. Save the following commands as chrome.reg (not .reg.txt)

Note: You must include Windows Registry Editor Version 5.00 at the top. It won’t work without it.
2. Run the .reg file
3. Accept the UAC (User Account Control) prompt – you know, the one that says “Do you want to allow the following program to make changes to this computer?”
4. Restart your computer
5. Open Chrome. It will still be in Windows 8 mode. Don’t worry, your Registry tweak will work in a jiffy
6. If you’re using a second screen, hit F1 and select PC screen  only
7. Now the shortcuts to get to Chrome settings will work. Either Alt+F or Alt+E or F10
8. Scroll down and select Relaunch Chrome in desktop mode
9. Finished! Now whenever you use Chrome, it will always open on your desktop

Put knowledge where people trip over it!

Matthew L
Matt helps businesses that want to see their Google rankings surge. He's a lead-by-example kinda guy, demonstrated by his own successful online ventures. His superpower is to never be swayed by the "shiny object syndrome" of marketing trends. Instead he focuses on balancing data with business objectives and proven methods to produce solid, realistic and achievable results.